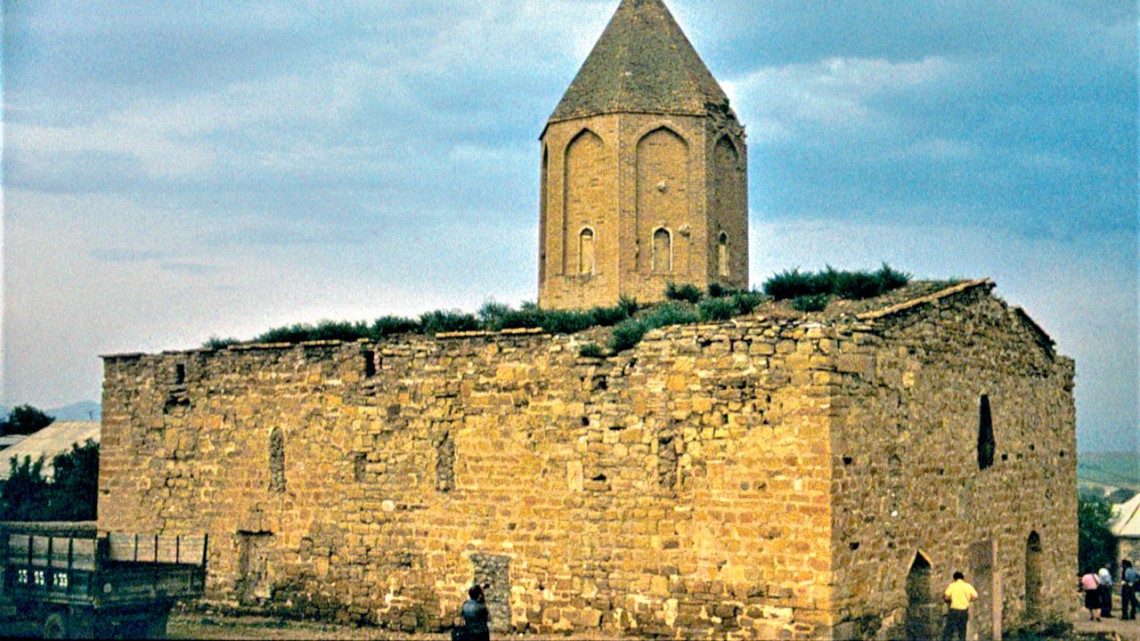 New clashes broke out on the border of Armenia and Azerbaijan Sept. 13, with each side accusing the other of violating the ceasefire. Fighting was first reported near the Lachin Corrdior, which connects Armenia to the autonomous ethnic Armenian enclave within Azerbaijan, Nagorno-Karabakh. But attacks on the Armenian border have also been launched from the Azerbaijani exclave of Nakhchivan (also rendered Nakhichevan or Naxçıvan), which is cut off from the rest of Azerbaijan by Armenian territory. A land corridor through Armenia to Nakhchivan is one of Azerbaijan’s key outstanding demands in the conflict. (See map)

Days before the fighting erupted, a new report was released by the group Caucasus Heritage Watch at New York’s Cornell University, using decades of high-resolution satellite imagery to document the “complete destruction” of Armenian cultural heritage in the Nakhchivan Autonomous Republic, beginning in the late 1990s. According to the report, of the 110 medieval and early modern Armenian monasteries, churches and cemeteries identified from archival sources in Nakhchivan, 108 were destroyed between 1997 and 2011. The report accused Azerbaijan of “a systematic, state-sponsored program of cultural erasure.” (Daily Sabah, OC Media, JAM News, JAM News, Cornell Chronicle)