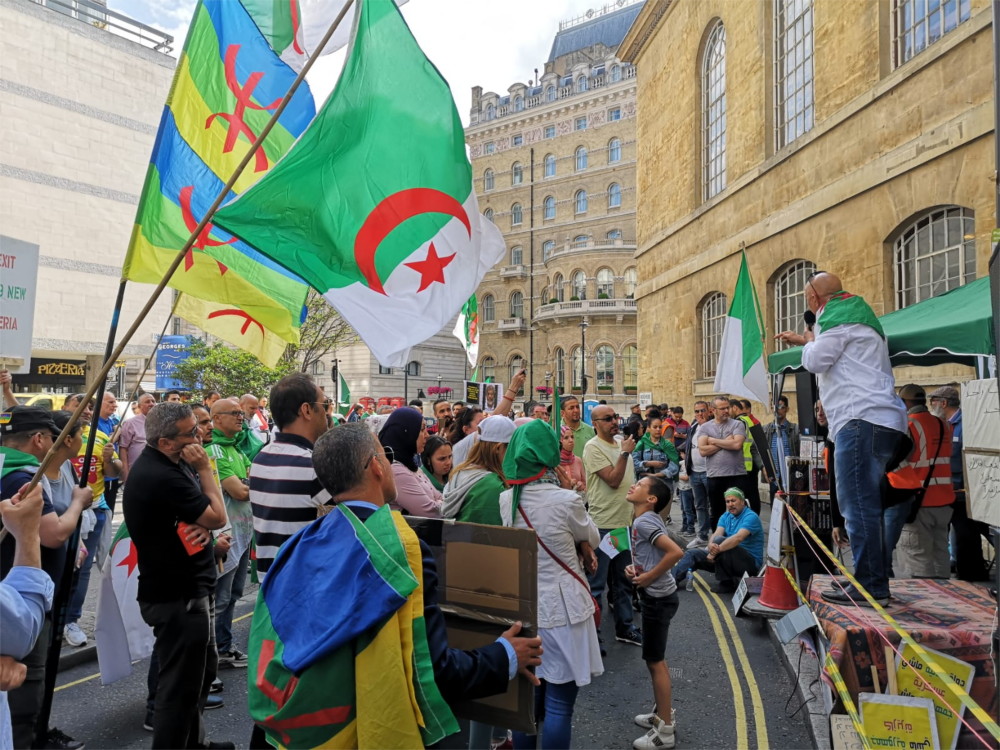 For the past two weeks, thousands of protesters across Algeria have defied attempts by the security forces to seize Amazigh (Berber) flags after army chief Ahmed Gaïd Salah declared that only the national flag would be permitted in the ongoing pro-democracy demonstrations. Police used tasers against protesters in the capital Algiers June 30, and made numerous arrests. Among  those arrested for wearing a t-shirt with the Amazigh national symbol was 25-year old Samira Messouci, an elected member of the People’s Assembly (regional parliament) in Tizi Ouzou wilaya (province). The Assembly has issued a statement demanding his release. (El Watan, MENA Solidarity Network)

Arrested one day earlier, in a raid on his home in Algiers, was Lakhdar Bouregaa—a revered veteran of Algeria’s war of independence with France and a founder of the Front of Socialist Forces (FFS), the country’s oldest opposition party, widely supported by Berbers. Bouregaa is accused of insulting the army and Gen. Gaid Salah. He is believed to be in the hands of the special intelligence police. The National Organization of Mujahedeen (ONM), the independence war veterans groupo, has issued a statement in his defense. (DW, DZVideo)