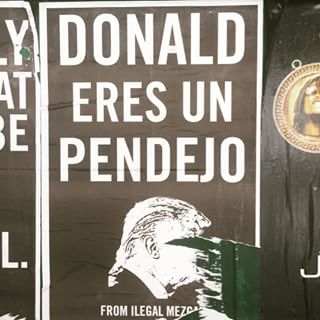 A few weeks ago, I wrote about a protest by members of New York’s Peruvian immigrant community in Union Square, to oppose the candidacy of Keiko Fujimori in the South American country’s presidential race—the daughter of imprisoned ex-dictator Alberto Fujimori, who intransigently defends her father’s blood-drenched legacy. Peru’s left mobilized for her defeat.

Keiko was opposed by a merely odious center-right technocrat and former cabinet minister, Pedro Pablo Kuczynski, or “PPK.” Verónika Mendoza, the left-wing candidate who was bumped out of the race in the first round in April, urged her supporters to vote for pro-corporate conservative PPK, so as to keep openly fascistic Keiko out of office—and to be prepared to build a vigorous opposition from his first day on the job.

It was a very close vote, but it worked—PPK won by the proverbial hair in the June 5 run-off.

As if to drive home the point that PPK is merely a lesser enemy (but still very much an enemy), soon after his election he unveiled an economic program that calls for privatization of Peru’s communal indigenous and peasant lands—and their sale to mining, oil and agribusiness interests. Land-grabs by corporate interests have already been a source of much rural unrest in Peru in recent years.

I hope the analogy is clear.

We Yankees are faced with a wannabe right-populist dictator of our own. It looks almost inevitable that the alternative is the odious pro-corporate Hillary Clinton. Following the New York and California primaries, left-populist Bernie Sanders is now being bumped out of the running (whether by means fair or foul). To his credit, he does seem to be inching around to drinking the bitter medicine of throwing his support behind Clinton—if only in the interest of defeating the wannabe dictator. But, frighteningly, many of his supporters refuse to let go of the potentially disastrous “Bernie or Bust” position.

Can you think of one critical difference that explains Verónika’s more principled and serious attitude? I can. Peruvians have known fascism in living memory.

Some definition of terms is in order here. For starters, I refuse to invoke his name. This whole thing began as an indulgence of his obsession with seeing his own name in the media and plastered on the sides of buildings before it took on a life of its own, and he actually began to view the Oval Office as reachable zenith of ego-aggrandizement. Following the lead of many Mexican Americans, I just call him “El Pendejo.” That’s a Spanish insult used the way English-speakers use “asshole,” although it literally means pubic hair. I propose that this moniker be adopted in all commentary, as a tactic to undermine his ego-driven campaign.

Then there’s the F-word. No, not that one; the other one: fascism.

Some lefties use the word “fascism” like a baseball bat to beat on anything they don’t like. I do not. But nor am I with the hair-splitters who say it should only be applied to the “classical” fascism of Hitler and Mussolini. Alberto Fujimori was not “classically” fascist. As the hair-splitters always remind us, Hitler and Mussolini had populist economic programs—in vivid contrast to Fujimori and Pinochet, with their fetish for laissez-faire. Noam Chomsky has termed such Third World dictatorships “sub-fascism“—extreme right-wing authoritarianism, but ultimately subservient to US imperial dictates.

The fascist threat we now face here in the imperial homeland is even less ideological. It shows not a trace of economic populism, apart from rejecting free-trade agreements—indeed, it glorifies the most vulgar flaunting of wealth. But all the really essential ingredients are there: ugly ultra-nationalism that seeks to correct perceived humiliation, xenophobia and demonization of the Other, and (of course) exaltation of the great leader. It may be an exercise in egotism that got out of control, but it has morphed into something all too real. Call it pendejo-fascism.

It is pretty damn obvious. His campaign rallies have been spectacles of mass hatred, punctuated by frequent physical attacks on protesters that he has blatantly egged on from the stage (only lately inciting attacks in kind from protesters at his San Jose stop). Blacks and Muslims have been ejected from his rallies without provocation. His campaign has been predicated on hate, and is providing a license for haters and racists nationwide. Even the organizer of the recent neo-Nazi riot in Sacramento had previously attacked a Black Lives Matter protester at a Pendejo rally.

It is no exoneration of mainstream politicians to recognize that the Pendejo represents something much more dangerous.

What truly frightens me is the denialism on this point from many of my friends on the left. I voted for Bernie in the primary. But the “or Bust” position—the notion that we should never vote for Hillary, even when (or, if you prefer, if) she is the candidate in the general election—is a recipe for disaster. I suppose as New York is not a swing state (by conventional wisdom), it doesn’t make that much difference here if you write in Bernie. But as a national strategy, that’s monstrously reckless. Worse still is the call for Bernie to run as an independent, splitting the anti-Pendejo vote (which he will almost certainly not do, fortunately).

Maybe my Facebook “friends” are an unrepresentative lot, but I have seen far more leftist invective directed against Hillary than Pendejo. Some have even put forth the bizarre proposition that Hillary would be worse. Now, having been a senator and secretary of state, Hillary has had the opportunity to act on the global stage in ways Pendejo has not, and she has plenty to answer for—her unconscionable vote for the Iraq invasion in 2003, her acquiescence in the 2009 Honduran coup, her repeated approval of military aid to Colombia. The list could go on.

But Clinton is a centrist Democrat. I use that term with no love, but she would basically mean a continuance of the status quo. She might be slightly more bellicose than Obama, but nothing suggests she would be dramatically more so. Contrary to the strange notions of some of the “or bust” crowd, it is Pendejo, not Hillary, who represents a unique evil that promises national and even global disaster.

Even those who think Pendejo would be less dangerous on isolationist grounds (confusing this with anti-imperialism) are completely deluded. Pendejo has said he would mobilize a whopping 30,000 troops to fight ISIS. (The US currently has under 10,000 troops in Afghanistan, 3,500 in Iraq, and some 50 Green Berets in Syria.)

Here is Mr. Isolationist’s strategy against ISIS, speaking at a Nov. 13 rally: “I would bomb the shit out of them. I would just bomb those suckers, and that’s right, I’d blow up the pipes, I’d blow up the refineries, I’d blow up every single inch, there would be nothing left.” He was specifically referring to the ISS-controlled oil-fields, but these comments don’t exactly betray sensitivity to civilian casualties—much less the ecological devastation. (Nor should we expect this from the man who boasts that he’d bring back waterboarding and a “hell of a lot worse.”)

He added that “I’ll take the oil”—and turn the seized fields over to Exxon!

That’s some isolationism, there.

And it pains me to say it, but there is more than a whiff of misogyny in the anti-Hillary invective. I have certainly never heard a candidate called a “whore” so freely. There is also a kind of lefter-than-thou machismo at work in the notion that Hillary is more dangerous than Pendejo. Some lefty Hillary-bashers seem to get off on the idea that they are so rad that they recognize the liberals as a greater threat than the fascists.

That’s ahistorical bunk. We can cast a tactical vote for Clinton to avoid a far greater threat, and still maintain a forthright independence from the Democratic party in our activist efforts. And still be prepared to actually resist her policies from her first day in office.

And if Clinton is elected and does prove to be more bellicose than Obama, I don’t want to hear any I-told-you-so’s. Politics is about playing the odds, and there are no guarantees. But if a President Pendejo unleashes a wave of terror on immigrants at home and a spree of military adventures abroad—boy, are you or-busters gonna get I-told-you-so’s from me. Because Pendejo is openly promising that.

I also don’t need to be lectured about how the status quo under the centrist Dems is dystopian enough. The idea that things are bad so therefore can’t get any worse is simply to be dismissed.

If there has ever been an emergency that demands we compromise our purity at the polls—without illusions, and without compromising our greater political independence—this is it.

This story first appeared June 30 in The Villager