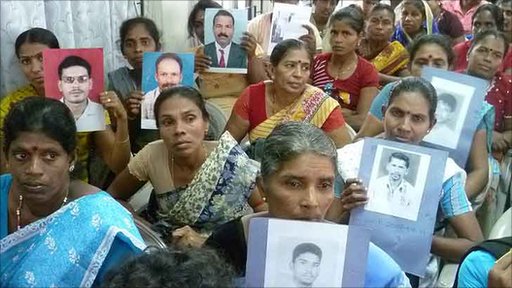 Sri Lanka’s Prime Minister Mahinda Rajapaksa announced Feb. 19 that his government will withdraw from co-sponsorship of a 2015 UN Human Rights Council resolution calling for an investigation into war crimes committed on the island during the internal conflict with Tamil rebels. UNHRC Resolution 30/1 was actually a compromise measure, after the Sri Lanka government rejected calls for creation an international tribunal. Withdrawal from the resolution is seen a response to the US imposing a travel ban on Sri Lanka’s army commander Shavendra Silva and his family over complicity in human rights violations during the conflict, which ended in 2009 after 26 years. (Jurist, NYT, Feb. 19)

The move comes weeks after Sri Lanka’s president acknowledged for the first time that more than 20,000 people who disappeared during the civil war are dead. President Gotabaya Rajapaksa (the prime minister’s brother) made the remark in a meeting with a UN envoy in the capital, Colombo. Steps would be taken to issue death certificates for those missing, a statement from his office said. Hundreds of families of the missing have been holding rallies demanding to know the whereabouts of their loved ones. (BBC News, Jan. 20)

Sri Lankan security forces and intelligence agencies have meanwhile intensified surveillance and threats against families of victims of enforced disappearance and activists supporting them since Gotabaya Rajapaksa became president in November 2019, according to Human Rights Watch. Activists working in six locations in the northern and eastern parts of the country on behalf of relatives of the forcibly disappeared told HRW that there has been a significant increase in government surveillance and intimidation. One activist said that prior to a recent victims’ meeting, “every one of the mothers got at least six telephone calls from different intelligence agencies asking, ‘Where is the meeting?’ ‘Who is organizing the meeting?’ ‘What is being said?'” Another activist said, “We can’t do any visible programs.… We’ve stopped everything.”

“The families of Sri Lanka’s ‘disappeared’ have spent years waiting for answers, but with the Rajapaksas back in power, security forces are threatening them to drop their demands for truth and accountability,” said Meenakshi Ganguly, HRW’s South Asia director. “The government needs to stop the harassment immediately and abide by Sri Lanka’s pledges to the UN to uncover the fate of the ‘disappeared’ and provide justice to victims’ families.” (HRW, Feb. 16)