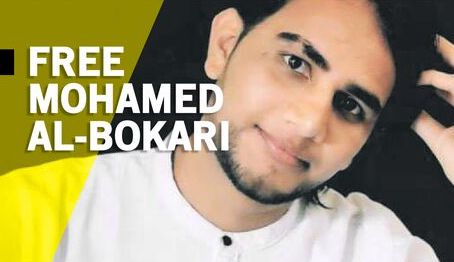 A court in Saudi Arabia has sentenced a Yemeni blogger to 10 months in prison, a fine of 10,000 riyals ($2,600) and deportation for a social media post supporting equal rights for people in same-sex relationships, Human Rights Watch announced July 28. Mohamad al-Bokari was arrested in Riyadh on April 8, after posting a video on social media, which authorities said contained “sexual references” and “violated public order and morals.” This was apparently a reference to the line: “Everyone has rights and should be able to practice them freely, including gay people.” Sources told HRW that al-Bokari was subjected to a forced anal exam, an internationally discredited practice used to seek “proof” of homosexual conduct. HRW says the practice has no scientific basis, violates medical ethics, and constitutes cruel, degrading, and inhuman treatment that may rise to the level of torture. Al-Bokari was charged with “violating public morality” and “imitating women.”

“Saudi Arabia’s relentless policing of free expression reveals the hypocrisy of a government that has promised to carry out reforms,” said Michael Page, deputy Middle East director at Human Rights Watch. “A government that arrests someone who merely speaks out on sensitive social issues eliminates the space for dialogue and reform.” (HRW, Pink News, Al-Monitor, Reuters)

Saudi Arabia is among the handful of countries where consensual same-sex sexual relations remain punishable by death.