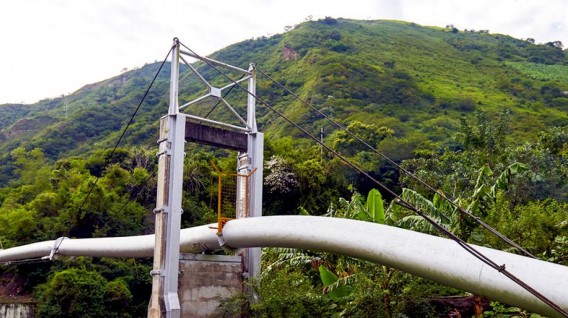 A new rupture on the disaster-plagued North Peruvian Pipeline fouled local water sources that several indigenous communities depend on in Peru’s rainforest region of Loreto. The spill occurred June 19 at kilometer 227 on the pipeline, in Manseriche district, Datem del Marañón province. The government’s Environmental Evaluation & Fiscalization Organism (OEFA) is overseeing recovery efforts, but the local communities of Nuevo Progreso and Saramiriza are demanding emergency potable water deliveries, saying they have been without clean water since the spill. Pipeline operator PetroPeru is blaming the rupture on “an act of delinquency” by local residents. (Gestión, EFE, June 23; InfoRegion, Gestión, June 19)

The rupture comes days after indigenous protesters occupied the Bloc 192 oil-field, halting operations by Canadian company Frontera Energy. Protesters seized four tank batteries at the installation on June 14 to press their demands for clean-up and reparations following the numerous spills in the area in recent years. The protests were relaxed four days later, when the company agreed to negotiations. (Gestión, June 14; La República, June 10)

At the start of 2019, Peru’s government announced it would assign a new operator for Bloc 192, which covers some 4,900 square kilometers in the river basins of the Pastaza, Corrientes and Tigre,  near the border with Ecuador. The area is mainly inhabited by communities of the Achuar, Kichwa and Urarina indigenous peoples, who are demanding their right to “prior consultation” on the future of the oil-field.

Four indigenous federations known collectively as the “Four Basins”—FEDIQUEP from the Pastaza, FECONACOS from the Corrientes, OPIKAFPE from the Tigre and ACODECOSPAT from the Marañón—submitted a proposal for a prior consultation process to the Ministry of Energy & Mines on Jan. 17.  Among their demands is that the government fulfill its obligation to clean up the 32 highest-priority spill sites affected by earlier oil operations in the area dating back to the 1970s. (Mongabay, June 14)

June 20 saw street clashes with riot police in Iquitos, the regional capital, as civil construction workers occupied the city center in a strike organized by the CGTP trade union federation. In addition to demands for greater social spending and development programs for remote Loreto region, the unionists called for a declaration of emergency over the lack of potable water for thousands of residents. (El Comercio, June 20)