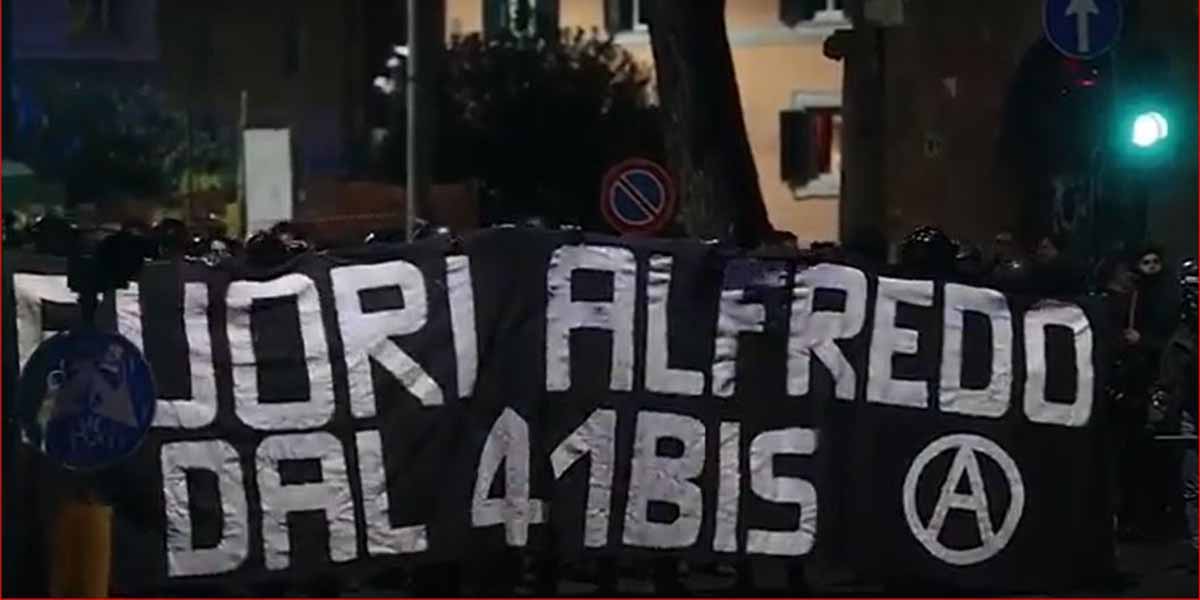 Supporters are warning that Italian anarchist militant Alfredo Cospito is in danger of dying in prison after more than a month on hunger strike. Cospito, being held at Bancali prison in Sassari, Sardinia, began his hunger strike Oct. 20 to protest the inhumane conditions he faces under Article 41-bis of the Italian legal code, with harsh restrictions on his mobility and communication with loved ones, and no prospects for a review of his life sentence. The European Court of Human Rights in 2019 ruled that Article 41-bis, designed for terrorist and Mafia-related cases, violates the European Convention on Human Rights.

Cospito is charged in a May 2012 attack on an industrialist in Genoa. Roberto Adinolfi—senior executive of engineering group Ansaldo Nucleare, a division of aerospace and defense giant Finmeccanica (now named Leonardo)—was shot in the leg by a gunman on a motorbike. A group called the “Olga Nucleus” of the Informal Anarchist Federation (FAI) claimed responsibility for the attentat. (Dinamo Press, Napoli Monitor, Jurist, Enough14, BBC News)

Cospito’s manifesto, read aloud upon his conviction and online at The Anarchist Library, reveals him as an exponent of the “anti-civilization” or primitivist wing of the European armed left.