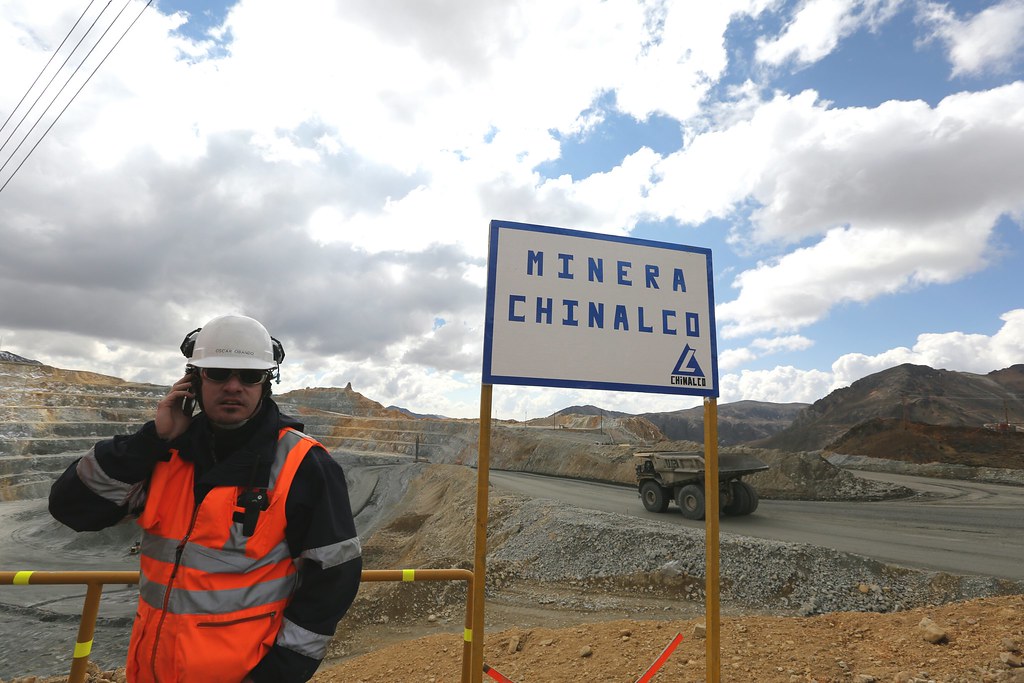 Peru’s new president, Pedro Pablo Kuczynski (known as PPK), intends to stimulate the country’s economy by processing and refining minerals, in addition to simply exporting them. Since his victory in the runoff election on June 5, Kuczynski has declared the need for Peru to prioritize both mineral extraction and trade relations with China.

China is Peru’s biggest investor. With this in mind, Kuczynski—who will replace the outgoing President, Ollanta Humala, at the end of July—described as “necessary” a trip to China ahead of the Asia-Pacific Economic Cooperation (APEC) forum in Lima in November, his first official visit overseas. “China is our number one trading partner and they are the ones who purchase our minerals,” he said.

“We are an economy with enormous natural resources, but we have to industrialize and that is no easy task. So, we will have to work with those who buy significant amounts of our exports, which means, to a large extent, China,” Kuczynski insisted during the Eleventh Business Summit of the Pacific Alliance in Lima in June.

Peru’s relations with China date back many years, well before the latter’s wave of trade and investment deals with other South American countries. But they have strengthened in recent years. Three ongoing major mining projects with China, however—Río Blanco in the northern Piura region, Toromocho in the Central Andes, and Las Bambas in the Apurímac region—have currently unresolved social conflicts, according to the country’s ombudsman.

José Luis López Follegati, an expert on social conflicts and mining, is adamant: “Chinese investments are welcome, but they have to comply with the standards of environmental and social responsibility in Peru. The state cannot just decide to promote investment [in mining] without first consulting with local communities.”

Las Bambas requires an investment of US$5.8 billion, and López Follegati is optimistic about the outcome of the roundtable discussions aimed at getting the state to prioritise the development of the area. One of the main causes of conflict at Las Bambas is the lack of job opportunities beyond the initial construction phase. López Follegati points out that only 15% of the state investment program has actually been carried out and local residents are demanding that it be completed. There are currently four to five mining projects being developed in the area, and improving the connectivity between them could offer more employment opportunities.

The future of investments
China is not simply Peru’s main mining investor. As of last year, it has partnered with the Peruvian government in the controversial project to build an 8.000-kilometer railway that would cross Peru and Brazil to better connect Peru’s Pacific ports with the Chinese port of Tianjin. Several civil society organizations have warned about the environmental impact of this project on the Amazon forests. Technical studies to determine the viability and the route of the megaproject have not been carried out yet, but according to the Peruvian newspaper El Comercio, which had access to the memorandum of understanding signed in 2014, responsibility for these studies is shared between the China Railway Corporation and the China Railway Engineering Eryuan Group, Brazil’s Corporate Planning and Logistics Company, and Peru’s Highways and Railways Department, which reports to the Ministry of Transport.

The total value of bilateral trade between Peru and China currently stands at some US$15 billion. The two countries signed a free trade agreement on March, 1, 2010. Kuczynski insisted on the need to strengthen the ties between the two countries and to promote the processing of minerals in Peru. However, one of the main smelter complexes in the country, La Oroya, which was responsible for one of the most serious lead pollution incidents in Peru, is currently in liquidation.

Pointing to the copper refinery at Ilo on the Pacific coast, López Follegati says that Peru has the capacity, the technology and the experience to process minerals: “Peru has been acquiring experience in processing materials over the last 30 or 40 years. We could be doing much more than we do at present if we could process more products such as copper, silver and zinc.” However, López Follegati acknowledges that La Oroya “needs to be modernized, and to answer for its environmental policies.”

Different perspectives
In recent years, Peru’s growth has slowed down from 6% per year to an estimated 3% this year, according to the International Monetary Fund’s World Economic Outlook report. There are several explanations for this decrease, but the consensus is that it is related to the fall in international commodity prices and China’s economic slowdown.

“We are primarily an exporting country,” says Waldo Mendoza from the Catholic University. “What we are seeing in recent years are the leftovers from the bonanza period, because the investments that were made in those years have matured in 2015 and 2016. What we are faced with now is a period where that engine has shut off and it looks as if it is going to be shut down for a long period of time,” he adds.

Kuczynski says he wants to improve growth rates by reactivating mining investments. But the opposition Broad Front, the leftist coalition that won 20 seats in Congress at the last elections and supported Kuczynski’s candidacy against Keiko Fujimori in the runoff, has quite a different position regarding the economic model that the new government should follow.

Broad Front congresswoman Tania Pariona insists that it is time for the Peruvian economy to stop focusing on growth based on mineral extraction: “The country needs to make a realistic projection of its investments and take the limits of the environment into account, respecting not only life but also other products from the communities where resources are extracted,” she says. And she adds: “What future is there for economic growth if human development is not taken into consideration?”

Pariona states that in order to resolve the ongoing social conflicts, both companies and the state need to “strengthen mechanisms of dialogue with the communities” and to carry out this dialogue in good faith. “This is essential, and we have said it many times. The state must have a more timely and effective presence in the areas where conflicts arise.”

The Broad Front has said that it will be introducing a bill to revoke a series of measures known as the Paquetazo Ambiental (environmental package)—that is, the shock neoliberal economic reform package introduced in several Latin American countries in the 1980s and 1990s, which was aimed at promoting investment through the slackening of the then existing regulations. Among other things, the measures being questioned by the Broad Front made environmental audits more flexible.

Kuczynski’s technical team are not commenting officially on these matters, nor do representatives of the majority party, Keiko Fujimori’s Popular Force. For his part, López Follegati insists that “it is important to strengthen Peru’s Environmental Assessment and Enforcement Agency (OEFA) and the use of new and better technologies, and environmental guarantees, but sanctions must also be imposed.”

Kuczynski is a former Finance Minister from the political right wing and his party, Peruvians for Change, has only 18 seats in Congress. It will be difficult for his government to push its agenda through. In the coming weeks, Kuczynski will announce his cabinet but, for the time being, he is focusing on China, with some key dates in the coming months. On November, 2, Peru and China will celebrate 45 years of diplomatic ties and on November, 19, Kuczynski will host the APEC Forum 2016, attended by President Xi Jinping.

This story first appeared July 15 in Diálogo Chino and also ran on openDemocracy.