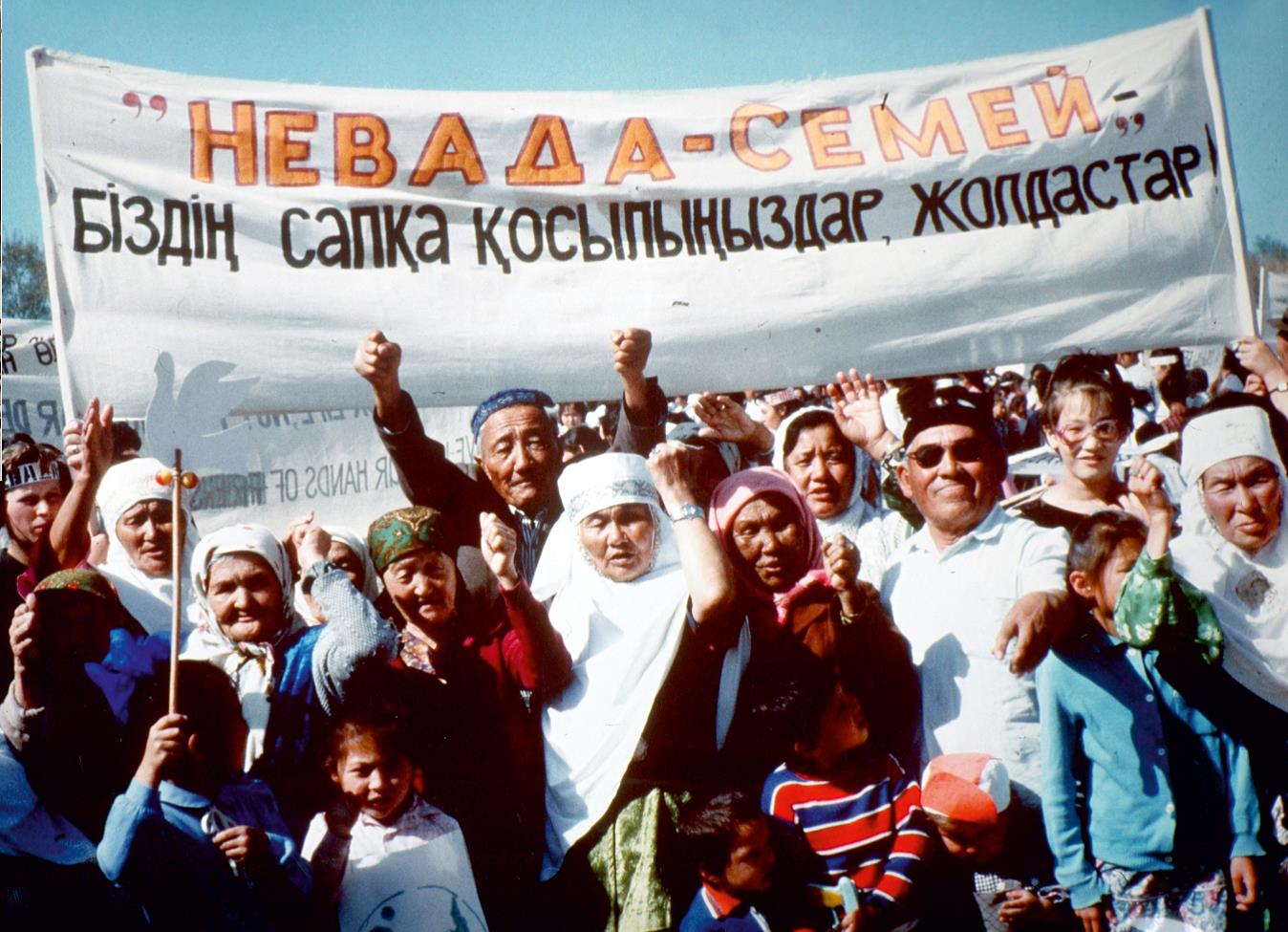 In Episode 18 of the CounterVortex podcast, Bill Weinberg looks back at the Nevada-Semipalatinsk movement of the closing years of the Cold War, when the Western Shoshone people, whose traditional lands were being contaminated by the nuclear blasts at the US government's Nevada Test Site. made common cause with the Kazakh people of Central Asia who opposed Soviet nuclear testing at the Semipalatinsk site. Kazakh activists travelled to Nevada to join protests at the Test Site, while Western Shoshone leaders travelled to Kazakhstan to join protests at Semipalatinsk. This initiative eventually evolved into the Abolition 2000 Global Network to Eliminate Nuclear Weapons, which as recently as 2016 held an International Conference on Building a Nuclear-Weapon-Free World in Astana, Kazakhstan, again attended by Western Shoshone leaders. The Nevada-Semipalatinsk movement provides an inspiring example of indigenous peoples and their supporters building solidarity across hostile international borders and superpower influence spheres.