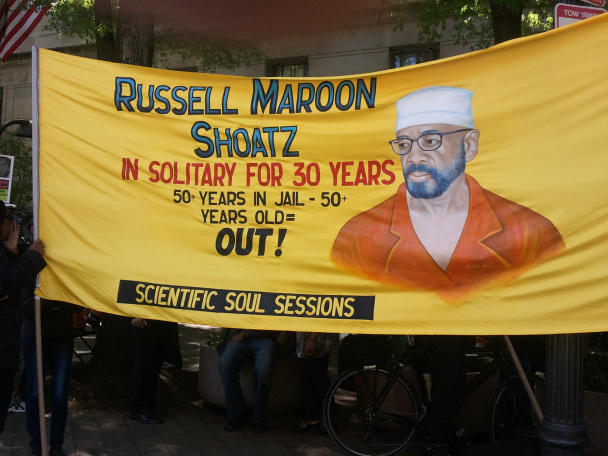 This month, a 30-day action campaign was launched demanding the release of Russell “Maroon” Shoatz from solitary confinement, where he has been held for over 23 consecutive years—and 28 of the last 30 years in Pennsylvania prisons. The veteran Black… Read moreRussell ‘Maroon’ Shoatz

An interview with Theresa Shoatz and Matt Meyer

This month, a 30-day action campaign was launched demanding the release of Russell "Maroon" Shoatz from solitary confinement, where he has been held for over 23 consecutive years—and 28 of the last 30 years in Pennsylvania prisons. On April 8, when the campaign began, Maroon's legal team sent a letter to the Pennsylvania Department of Corrections (PA DoC), demanding his release from solitary confinement and promising litigation against the PA DoC if he is not transferred to general population by May 8.

The action campaign describes Maroon as "a former leader of the Black Panthers and the Black freedom movement, born in Philadelphia in 1943 and originally imprisoned in January 1972 for actions relating to his political involvement. With an extraordinary thirty-plus years spent in solitary confinement… Maroon's case is one of the most shocking examples of US torture of political prisoners, and one of the most egregious examples of human rights violations regarding prison conditions anywhere in the world. His 'Maroon' nickname is, in part, due to his continued resistance—which twice led him to escape confinement; it is also based on his continued clear analysis, including recent writings on ecology and matriarchy."

Writing that Maroon "has not had a serious rule violation for more than two decades," the campaign argues that he has actually been "targeted because of his work as an educator and because of his political ideas; his time in solitary began just after he was elected president of an officially-sanctioned prison-based support group. This targeting is in violation of his basic human and constitutional rights."

Violence continues to escalate in Mexico’s west-central state of Michoacán, with transport suspended to several conflicted towns, leaving them cut off from the outside world.

An alliance between the Free Syrian Army and the People’s Protection Committees (YPG), the country’s main Kurdish militia, broke down amid internecine clashes in Aleppo.